Bandana: A Colorful And Impactful History Of This Popular Fashion Accessory 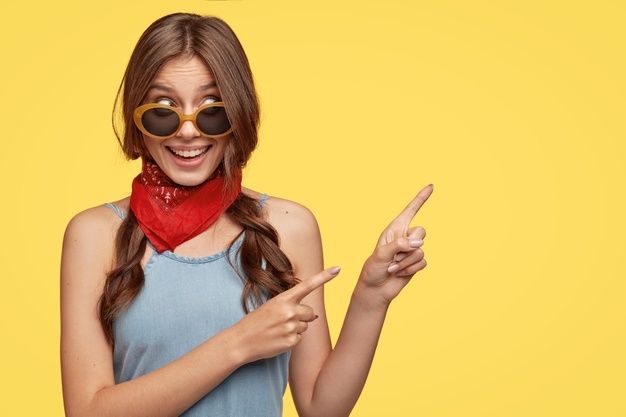 We all know or have heard about bandana. It is more than just a square piece of cloth and has a much more socio-cultural and historical significance across various global diasporas.

Bandana have become one of the must have fashion accessories of 2021, but what do you really know about their history or meaning?

With bandanas quickly becoming popular once more has inspired us to take a trip back in time and truly understand where our favourite face mask alternative came from.

From its humble beginnings to the high streets of global cities in Europe and North America, let’s discover the subversive history of bandanas as a fashion accessory.

Where did the Bandana come from?

Bandanas had a modest beginning, thought to have originated in India as brightly coloured handkerchiefs.

Based on the Hindi word bāṅdhnū that means “to tie”, they first started to appear in the 17th century.

Often made of the finest quality materials such as pure silk, it’s not hard to picture how this early craftsmanship saw their popularity spread throughout the world via global trade routes.

Depending on where and when in history, bandanas are highly versatile garments that have been used to solve numerous problems including:

The bandana may have started in India but Roman and Greek history has time and again referred to this paisley printed handkerchief. It can be made from silk or even cotton and linen, depending upon the users social standing.

Paisley is the most common print in a bandana, a vestige of its Persian ancestry.

The evolution of bandanas to a fashion accessory

Bandanas have been worn by a diverse range of people, cultures and professions throughout its often chequered history.

They have been carried in the pockets of peasants and elites alike, worn on the heads of sailors, used to cover the faces of miners and even cowboys.

All the way through to gang members wearing colourful versions in a number of ways, all so their affiliation is easily identifiable on the streets.

While the bandana may have started as a highly functional garment that could be employed in a number of different ways as required, it’s settled firmly into its role as a fashion accessory today.

Modern designers have taken something so beautifully simple and modified it just enough to seamlessly fit modern life. The resurgence of the bandanna started sometime around 2018, whether it was the Alexander Wang Spring collection or even the Tommy Hilfiger Collection. From luxury brand to high street fashion, every designer and fashionistas have championed the revival of the bandanna.

No modern miner is going to be wearing a dirty, soot-covered bandana to cover their face, but you will see faded black and white bandanas being worn on the streets today.

Surely we’re not the only ones who still get a kick out of seeing how things evolve from the functional to fashionable in this way.

Till a couple of decades back, the members of the pride community especially gay men found it difficult to find acceptance in society and had to hide their sexual orientation as they feared ostracization.

The 70’s decade saw, gay men using these colorful kerchiefs as a code to communicate with others. These bandanas would be very strategically placed in their back pockets and the particular color denoted their sexual fetish.

Thus, this pop-culture symbol has a much deeper meaning, who would have known?

During the Second World War, women became part of the workforce and the bandana become a sign of liberation. Women used this kerchief to tie their hair. Can you recall the famous and now iconic image of Rosie the Riveter?

Women took on many jobs which were traditionally done by men and men alone. The red bandana becomes the leitmotif for the feminism movement and women’s economic independence.

So, now you know how integral and influential role of the bandana.

Fast-forwarding back to the present day and we now see bandanas being used as the most popular alternative to the earloop face mask.

With coronavirus continuing to linger and mask mandates remaining in place across a number of states, people are turning to bandanas for something different.

While their loose to the face style can mean that they aren’t technically as effective as a snug fitting regular face mask, some protection is always better than none at all.

This is reflected by most governments permitting bandanas to be worn as face masks when in confined, public spaces.

So if you’re looking for a simple way of standing out from the crowd in today’s sometimes monotonous sea of face masks, have a look here and change things up with a bandana.

You won’t regret the decision.