Controversy Queen Arshi Khan Talks About Her Struggles In The Industry 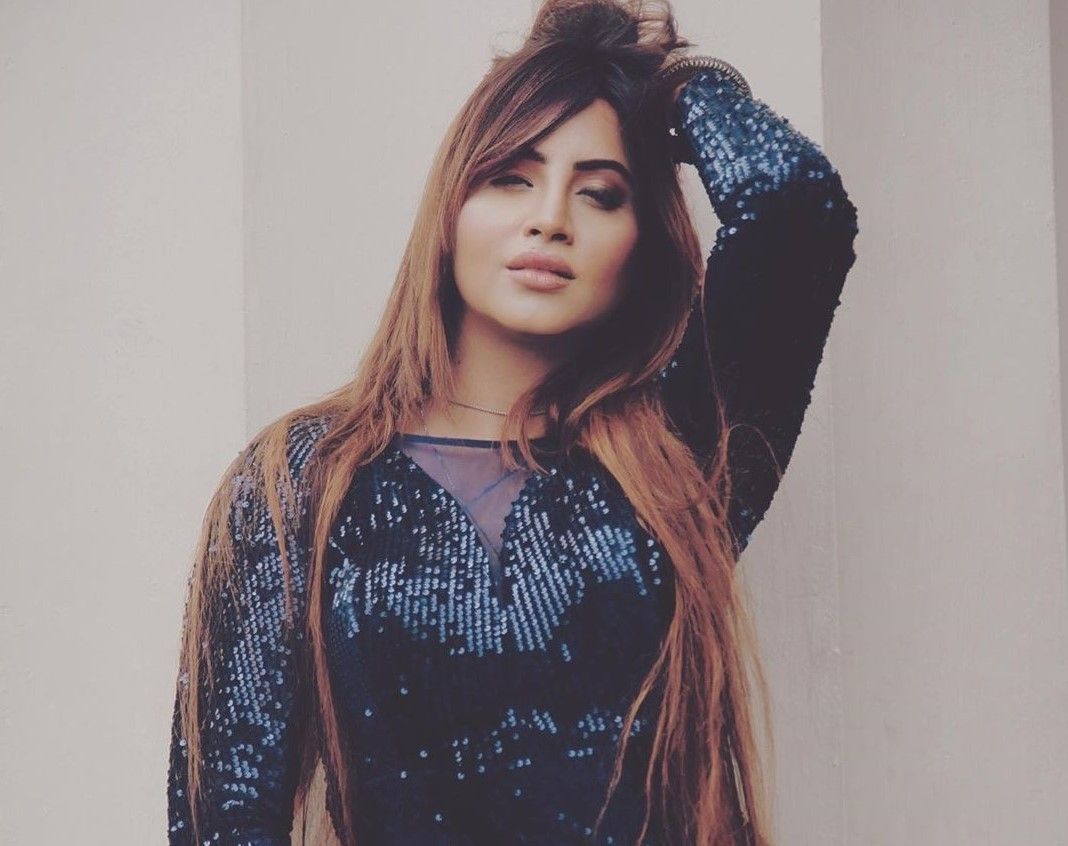 When you wish to do something remarkable in your life with all your heart, destiny often grants you that opportunity. Bigg Boss 12 fame Arshi Khan who is a die-hard fan of Salman Khan, wished to start her career in the entertainment industry with him, and she did. Post Big Boss, she has gained immense popularity among the audience and social media for her feistiness.

Arshi Khan is someone who is not reluctant to share her views on social media regarding any ongoing issues that might stir controversy. She has also appeared in a few television serials such as Vish, Savitri Devi College & Hospital, Ishq Mein Marjawan. Besides her acting career, Arshi Khan also joined the political party Indian national congress in the year 2019.

The Voice Of Woman team had the immense pleasure to grab an opportunity and interview the controversy queen Arshi Khan to know more about her upcoming projects, her days of struggle in the industry, and her inspirations. She also shared her views on the impact of social media trolling, what should be done to reduce domestic violence and child abuse.

What ignited Arshi Khan passion for pursuing a career in the entertainment industry?

To be honest, my passion for the film industry arose when I saw Salman Khan’s Judwa. After watching the movie, I decided that I’ll work with Salman and at a good level.

I had this feeling that if I pursue my career in this industry, it has to be with Salman. Moreover, I always wanted to do modelling since childhood and work in the film industry. So, it has always been in the back of my mind that I will push ahead in my career with Salman Khan.

Tell us about your recent/upcoming projects.

My recent projects include five to six music videos, a web series and a show, basically, a comedy show whose pilot has already been shot, before lockdown.

Let’s see, when the shoot is going to resume, because lots of work has come to halt due to COVID-19 and so has my shoot.

What are the hurdles you face in your professional arena- if any?

Everyone faces hurdles in their life, in one way or another. You don’t succeed until you face obstacles in life. It’s also a good thing since you get experience for the future and how much you are progressing in your life, and also what things are currently happening. If you stay at the same level and get everything on your hands without having to do hard work, then you wouldn’t be as happy as you would have been if you had earned it.

And yes, I faced many hurdles too. In this industry, there is a lot of nepotism. Other than that, it has groupism and monopoly too. Few people are running the industry on an A grade level, the rest are working like poor labourers, trying to make their name. A lot of people have already got fame due to their families, their ancestors or fathers.

So, due to nepotism, we have to face a lot of hurdles, regardless of the shows. The artists who have been working are given preference and on the other hand, the talent of new artists is suppressed.

You have been in the eye of the storm when you posted a bikini photograph on social media. Do you think society needs to be more progressive in terms of accepting a woman’s choices and decisions?

I have done a lot of photoshoots, before Bigg Boss. Whether it is a semi-nude, or in a bikini or monokini. All these things don’t make a difference to me, what the public thinks about you. Because people look at you and then talk badly, it’s their choice. In India, thinking of the people has changed; they now think at different levels, they also think of this work as a profession. I’ve never cared about the people who don’t.

What inspires you to hold your ground and stay positive during those tough times?

I am a strong person, so when a tough situation arises, I face it. I don’t think about anyone else, that how they must have dealt with it. I just think about myself, ways of getting out of the problem and to keep myself happy. This is important for me.

Nowadays social media is widely used as a tool of criticizing and trolling people to the point of giving a mental breakdown to a person. What is your view on that?

There is a lot of criticizing and trolling these days on social media.  There is an ample number of things that mentally disturb some people and artists. Not everyone’s mental status or level is the same. I think this shouldn’t happen. Body shaming, criticizing, talking about people’s face, their lips, nose, even their families are not important and should be stopped.

Tell us about your experience during Bigg Boss 11. How was it connecting with Salman Khan up close and personal?

My experience in Bigg Boss has been amazing. During my stint at Bigg Boss, I entertained people a lot and the other housemates also kept me very entertained. I shared a great bond with Salman. Though initially during the first few weeks,  we had little arguments and he reprimanded me, but I feel that it was indirect support from his side.  Later, both of us had a cordial relationship, we used to laugh, and be extremely frank with each other.

I love Salman and have a lot of respect for him! For me, he has always been one of the biggest superstars. If I ever meet Salman again, it will be the same way- with candour and warmth, that we shared during our time in Bigg Boss.

Tell us about your role in supernatural mega serial ‘Vish’.

I did not have a very big role in ‘Vish’. It was for three days only, but before that, I had done an amazing role, the character had supernatural power, it was the lead negative role in ‘Savitri Devi’. It was one of my best experiences as after Bigg Boss I had no idea of performing in a fictional show. So, I learnt a lot during that. It was a 45-50 days schedule. So, I enjoyed a lot there, in Rashmi Ji’s Production House. I had a really good time.

Domestic violence is increasing. We see a lot of videos of domestic violence, some on Instagram but mostly on Facebook, on child abuse too. The Indian legal system should take strict action against this so that people think ten times before committing such a crime.

It takes a lot of time to punish a rapist, so people think that the law can’t do anything and that nobody can prevent them from committing such heinous crimes. After marriage, girls are burnt, killed but their cases get “solved” and their husbands remarry. Strict actions should be taken with imposing of rules and regulations.

What is your favourite travel destination?

I love travelling to London and Dubai.

What would you like to convey to aspiring youngsters out there through the Voice Of Woman?

So, if by chance the youngsters are not getting any work in the industry, they shouldn’t be disheartened. There is no need to waste ten years after it. You do your work, give your best and still if it’s not happening then try your hand in other fields.